Canadian student, Joel Sheasby, moves across the country and across the world
Share:FacebookTwitter
Life

Canadian student, Joel Sheasby, moves across the country and across the world 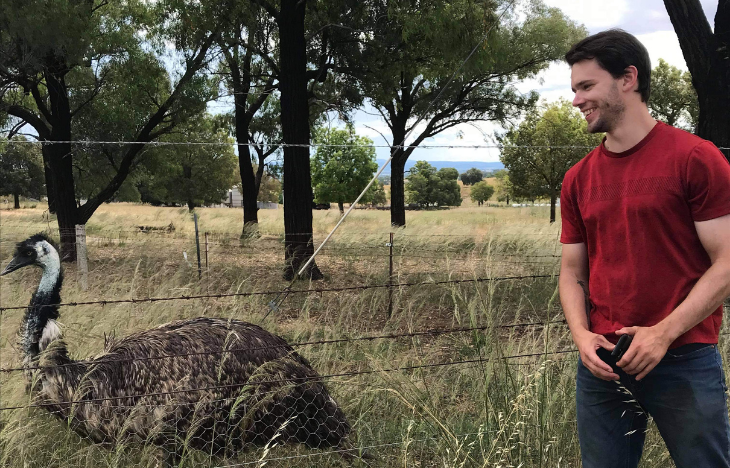 I constantly get asked “How are you finding it in Australia?” The short answer is that I like it, but the long answer is far more nuanced than that. Sure, the country I am in changed, but there are other factors that have impacted my life more than simply what country I am in.

In 2017 I moved across Canada: from Calgary to Toronto, one city to another. I expected Canadian cities to be very similar, but it did not take long to realise how naïve I was to expect such similarity. Toronto is big, crowded, and exceptionally multicultural. Calgary is relaxed, quiet, and safe. I was in the middle of a massive culture shock in my home country.

While living in Toronto, I studied at York University, which at the time was the second largest undergraduate university in Canada. I got in the habit of going to class, going to the gym, and going home. Nothing more. I was in classes of hundreds of students. I didn’t meet any close friends until my second year there.

Charles Sturt has proven to be completely different.

I got off the plane on the 21st of February 2020. After 3 days in Sydney, I got on the coach and found my way to Orange. I immediately felt comfortable, unlike how I felt in Toronto. The best word I have to describe Toronto is overwhelming, and Orange never felt that way. Living on campus was totally new to me as well. Having fellow students to talk to all the time, many of whom are also studying dentistry made the transition incredibly easy.

When classes started it felt completely different than anything I had ever experienced. In dentistry we partake in many practical components that are directly related to both the degree and my future career. Coming from lecture halls of 400 people, every class here felt like a small tutorial. I am in a place where they are training people to be competent dentists, not just pushing people through a degree with an arbitrary scope of knowledge.

When winter came in Orange, I was a bit shocked. It felt like autumn had started and then never got any colder. I would often forget that I was in the dead of winter. I miss the snow, I truly do. As far as culture goes, the thing I miss the most about Canada is the snow and everything that I can do during the winter. Ice hockey, skiing, and curling are some of my favourite activities, which I now haven’t done in over two years.

I get asked all the time if I miss my family. Of course I do! It would be crazy if I didn’t miss them. However that does not mean I wish I was there. I can cope with not seeing them for a couple years while I do what I am passionate about here. I miss my family but I am not homesick. I know that I can go and visit whenever borders and time allow, so fingers crossed I will have a white Christmas in Calgary for 2022.

When I moved to Australia, I knew that this was going to be my life. I was going to be gone for five years, and yeah, there would be visits back home during that time, but I would be spending the majority of at least five years away. When I moved to Toronto, I knew I was just going to get in and out in two years, visiting Calgary as often as possible. Also when I moved to Toronto I had a partner in Calgary that I wanted to spend as much time as possible with. When I was set to move to Australia there was nothing holding me back, and it has given me the freedom to truly establish a life here. The possibility of staying in Australia was always in the back of my mind. Now, after being in Australia for more than two years, it will be hard to drag me away. I have the best friends, best hobbies, and most independence that I have ever had in my life.

To me it doesn’t matter what country I am in. What matters is what I am doing and what my life looks like. I never had a massive culture shock here. Sure, there are a lot of small differences but as I see it, Orange is my home.

‘Expectations vs reality’ of a content creator and student

A day in the life of Sophie Watson

Managing your health and wellness amongst study