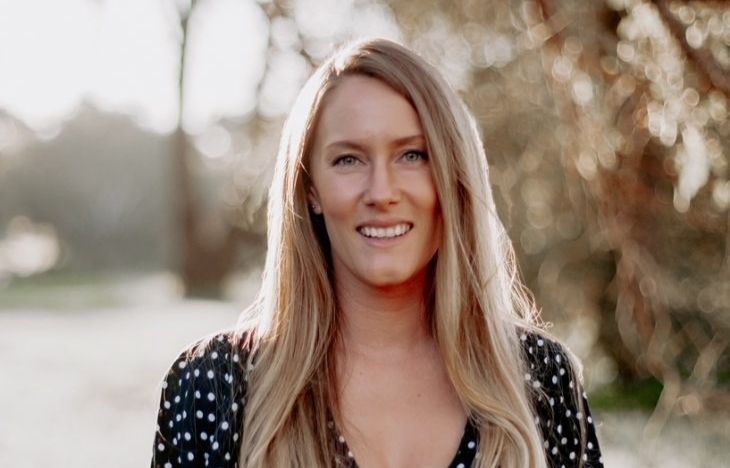 Psychologist and acclaimed author in the industry

We are lucky here at Charles Sturt to have such a first-class list of alumni that have really made a difference in the world. Over the past couple of months here on Charlie, we have showcased a few of these stories for you, such as theatre media alumni Lucy Harrison. This time, I had the privilege of talking to 2011 Charles Sturt graduate Rachel Tomlinson, who is a psychologist and acclaimed author in the industry.

Tell us a bit about yourself

“I’m a registered psychologist and I’ve had quite a varied professional background. I’ve done a lot of work in child protection, working in children’s residential facilities where unfortunately, children can no longer remain living with their parents or primary caregivers, education settings, play therapy, general counseling, with adolescents and young children and parenting support programs.

“I’ve also done various other things like drug and alcohol counseling, worked in training and development, worked in aged care, and community care settings, all sorts of different things.”

What has happened since you graduated?

“So I completed my studies and that all went went really well. I had lots of great support, I ended up getting a Dean’s Award, and I really enjoyed the experience. Plus I’ve met people that I’m still friends now, even though we live in different parts of Australia after graduating many years ago, which is really fantastic. And I know a number of them are also now psychologists as well and working in the in the industry, which is pretty good.

“After graduation, I had been applying for jobs just prior to graduation, knowing that I will graduate unless something very untoward happened. And I managed to get offered a job as a provisional psychologist, just before I graduated, which was incredibly fortunate as there’s not a huge amount of positions.

“So then I completed my two years internship. So I completed the four plus two psychology pathway, so two years internship with the same company. And then after I graduated, I worked for a number of years and ended up stepping into a leadership role. And for the past, probably seven, eight years, I’ve been working in leadership roles, managing teams of psychologists managing sort of national and state based services.

“I’ve also written two books, which is really exciting. So I was approached to write on teaching children teaching kids to be kind. And that was published by Skyhorse Publishing in the US, and I’ve got a book coming out in March next year. It’s been published by Penguin Random House in Australia and is a children’s picture book about depression, which is not exactly a cheery subject, but very essential.”

How have you managed be so productive in the time since you graduated?

“I think having gotten used to studying virtually and working full time gives you the ability to multitask and so I’ve definitely kept up that momentum. So even though I’m not studying any longer, I’ve been able to sort of use those skills to keep at it. My husband always laughs and says, ‘How do you think you have more hours in the day than everybody else’ but I’ve just kind of kept up that that momentum.

“I’ve found things that I’m really passionate about and when I talk about them and write about them, so I also do sort of freelance articles co parenting websites, I get approached by journalists and media, expert commentary for print and broadcast media. And it doesn’t feel like work because it’s things that I’m really passionate about topics that I love talking about.

“It doesn’t cost me anything because I’m really passionate about that stuff gives me energy, but also very sort of mindful of keeping up I guess that momentum from uni that I had being able to juggle all those things and and still continuing with that, I suppose.”

What advice do you have for future and current students?

“I think trying to get some experience before you graduate really helped me get an offer for a job but also it really helped me identify what areas I was particularly passionate about and that I wanted to pursue it.

“It could be volunteering, it could be getting a part time job on the weekend or anything like that. And in terms of attending uni, take advantage of those residential schools and getting to meet your peers and making those friendships. Those are the things that will sustain you when it gets tough because it will. Uni is not meant to be easy.

“It’s meant to challenge you and it’s meant to inspire you, increase your knowledge and skills and you need that support particularly given the various periods we are all in lockdown.

“Take advantage of the times we do have with your lecturers and senior staff. Take that feedback, don’t be afraid of feedback, particularly if you do want to pursue psychology as a career you. You will have to receive feedback about your performance and your activity and learning, so see it as an opportunity and a gift rather than a criticism or critique.”