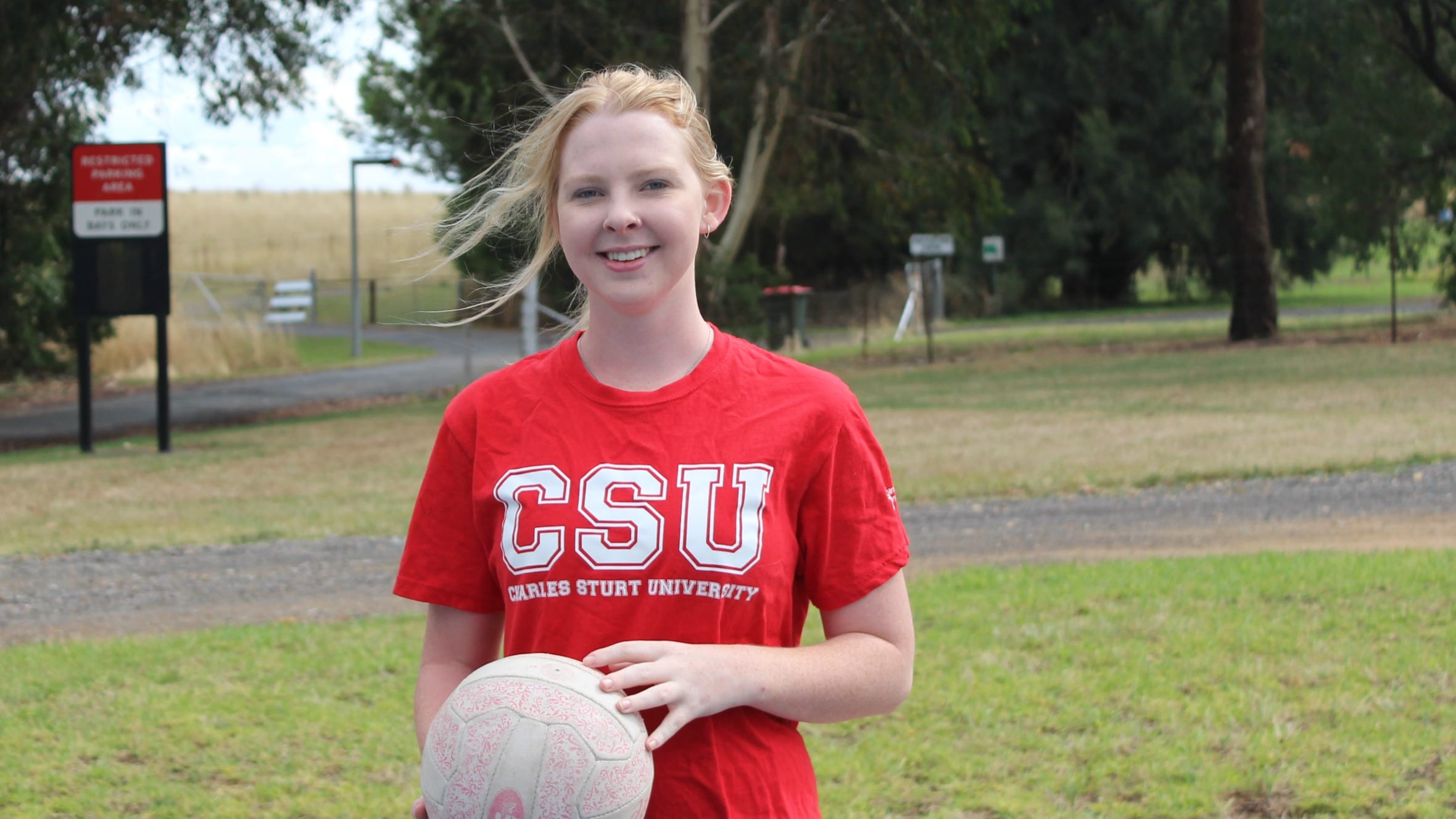 Kiara Blyth is the Red Runner at CSU in Orange, helping to organise fun fitness activities on campus to help you get #BetterInRed. The CSU student reflects on why she wanted to be a Red Runner and the first full week of the challenge.

I know all too well that maintaining a healthy lifestyle while living on campus is not always easy. All of us are ‘too busy’ or ‘too tired’ to cook healthy, nutritious meals every night and exercise every day, or even every week. It’s a slippery slope before takeaway and two minute noodles become the norm and bingeing on Netflix is an everyday occurrence. Then there’s parties to go to and drinks to be had, which might not leave you feeling too healthy.

It’s way too easy to neglect your health and physical wellbeing at uni, especially in your first year. I know my health suffered last year because of the diet and lifestyle choices I made. Looking back I was sick or run down and feeling flat for most of the year.

2016 was the first time I had lived away from home and while I consider myself a capable cook I still managed to eat a fair amount of takeaway. Plus I found that when I did cook it was usually pasta and other big, filling comfort food meals. As delicious as they were, they might not have always been the healthiest option. I’ve also got a shocking sweet tooth and got into the habit of stress eating, especially at exam time.

When it came to exercise I regularly claimed to be swamped in work or would declare that it was far too cold, in order to get out of doing some planned physical activity. I was lacking motivation to be sure and trying to find my feet in the new world of uni and living on campus. It wasn’t until I went home at the end of the year that I realised just how unfit I had become and how my health had suffered, so I decided this year I would make some changes.

I know and appreciate how hard it can be to find the time to exercise and eat healthy while studying, but I also know just how important it is, which is why I signed up to be the Red Runner for CSU in Orange. I want to do my part to change some of the unhealthy habits that often come with living on campus and show people it’s possible to get out and get some exercise right here.

As part of the #BetterInRed challenge, I have given myself the personal goal of being able to run five kilometres by the end of the six weeks. Anyone who knows me can vouch for how much I hate running, but this has been a goal of mine for sometime and now I’m determined to do it.

Running is a form of exercise that’s easy, requires almost no resources (apart from a pair of sneakers), and is just great for cardio-respiratory fitness. I am playing netball again this winter so all the running I’m doing now is going to help build up my fitness for the season ahead too.

To achieve my 5k challenge I’m using an app on my phone which coaches you through each training session. The program consists of three sessions a week for 10 weeks, and the app is free. Doing this as part of #BetterInRed is my way of staying motivated, and sticking to the training schedule.

In terms of group activities for #BetterInRed, so far the response at CSU in Orange has been positive. Last week I went along and spread the word (and red shoelaces) at our weekly social sports activity on Monday and this week we had touch footy skills training planned to run before social sports but a torrential downpour forced us to literally ‘take a rain check’.

Lots of students in Orange now have their red shoelaces and are wearing them while exercising through the week. I’m hoping the weekly activities in Orange will grow and get more people in on the #BetterInRed challenge, getting them out to meet people and keeping them motivated.

Keep an eye out on Facebook to find out what’s on at your campus next week!