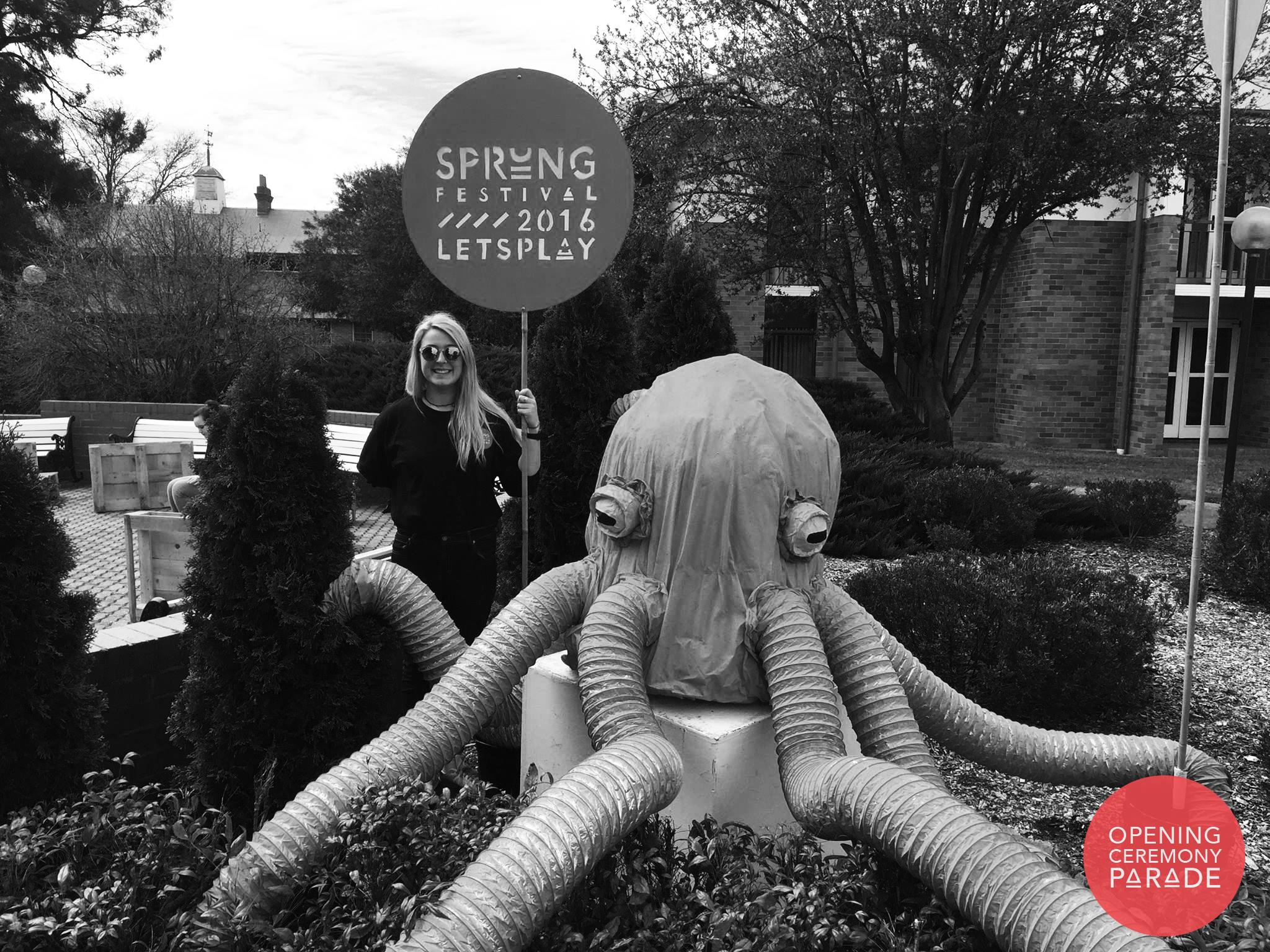 To most, CSU’s Creative Art Festival – Sprung Festival 2016 – is a light-hearted, fun event that only comes once a year; to first and second year Theatre Media students. It’s a project students have worked on for two months, and finally get to see the results on the big screen or stage.

For third year students, it’s the realisation of something that they have been working tirelessly on for three years. As a third year student in this festival, I have written a one-act play called ‘The Bachelor Wants You!’, a mix of scripted comedy and theatre about the phenomenon of romantic love. So come on down, it’ll be a good old fashion night at the theatre.

During the week before a show, we work on the technical elements. It’s usually long and confusing, and throws off any kind of regular routine (can’t go to the gym this week, what a shame!). If you haven’t pre-made your dinners (and who does?) you’ll just have to shove a cold tortilla in your mouth.

Each day starts at 9am. Lights need to be rigged to the bar of the Ponton, and need to be focused. Then we need to do a lighting and sound plot, which means we need to decide what lights and sounds do what at what time (technical terms). This takes all day; concluding at 6:30pm. After a quick dinner break, it’s time for tech rehearsal. A tech rehearsal is where we put everything together and hope it creates a show.  It’s an uphill trek, but at 10.30pm, after 13 hours in the theatre, we’re able to go home.

Over the last couple of months, we have created a full 50-minute show that people will pay to see. I wrote a show, and now I’m able to see these words spoken by actors, on a beautiful set, under beautiful lights, with beautiful sound. Soon, it will be in front of an audience for people to like or dislike, or feel nothing about at all. It’s tiring, but it feels pretty amazing.
To put it simply, it’s like raising a Tamagotchi– didn’t let it starve to death– and now the matchmaker Tamagotchi is here to provide me with the fruits of my labour – a show!

Come to see the results of the students’ hard work at CSU’s Sprung Festival, 2016!