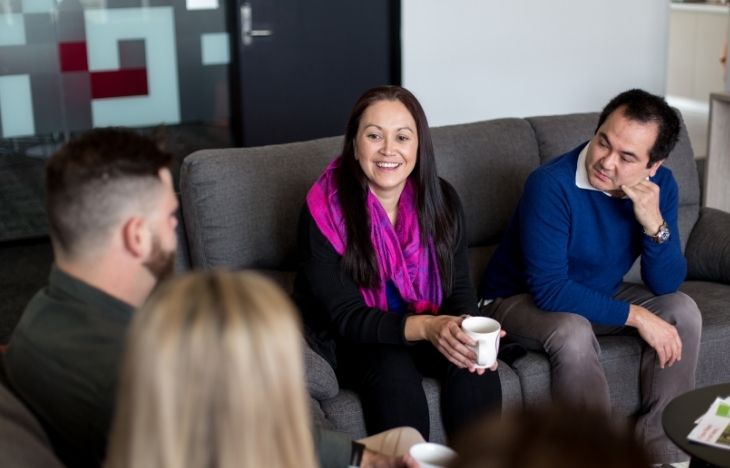 Today is the International Day of People with a Disability, and it is a lot more than simply raising awareness, understanding and acceptance.

Today is the International Day of People with a Disability, and it is a lot more than simply raising awareness, understanding and acceptance. It is about celebrating the achievements of people living with a disability, who have done some incredible things in their lives.

We have some incredible students at Charles Sturt University and to mark the occasion, we at Charlie would like to share an amazing story and celebrate the achievements of Bachelor of Stage and Screen (specialising in sound design) student Sophie.

Sophie first started studying at Charles Sturt in 2015 undertaking Television Production but dropped out of studying for a little while, before returning and enrolling into a General Arts degree. She then moved onto the then new Sound Design degree, which really appealed to her passions as Sophie explained.

Sophie has Bipolar Disorder Type 1, a mood disorder that causes both periods of depression as well as periods of mania and hypomania, a lesser type of mania. Mania includes psychosis which refers to hallucinations and delusions.

“It’s like an energy disorder where my energy levels change based on my mood. It really impacts on my ability to not only study but complete everyday tasks. It’s managed mostly by medication and through therapy as well.”

Sophie also has Obsessive Compulsive Disorder (OCD) that has had its own impacts on her studies.

“It’s an insidious disorder where people don’t always realise they have it because they associate OCD with cleaning and just being pedantic. OCD is any ritualistic behaviour that you feel you have to do to try and prevent something from happening – some kind of anxiety that you feel about something.”

These conditions provided some challenges when Sophie started at Charles Sturt, especially as Sophie was still learning what the disorder was and how it affected her. “When I first started studying in 2015, I hadn’t been diagnosed with OCD so I didn’t realise I was having problems. I was also quite new to understanding what Bipolar Disorder was and the sort of impact it had.”

“I’d actually gotten on the disability pension from Centrelink so the word disability was in the name but I still didn’t realise what kind of impact it could have on me and what things could happen if I didn’t manage it properly – if I didn’t look after myself.”

“In 2015, I had moved out and I was living alone while trying to manage a full time study load at uni and I just wasn’t looking after myself or realising what impact my choices had on the disorder itself. I also didn’t realise there was any sort of disability support at the university either, so along with not realising I had a disability, I didn’t know I could get help.”

Sophie eventually ended up accessing the Disability Service at Charles Sturt in 2019 where she started working with Shannon, a Disability Liaison Officer.

“I just remember thinking, I should probably go to disability support because I really want to finish my degree by the end of 2019,” Sophie said.

“It was at the start of an episode I was having, and I reached out to Shannon and got a Study Access Plan made up which definitely helped.”

“The Study Access Plan was like opening up a door to starting the conversation about my disability and being able to reach out to my lecturer to tell them that I’m having trouble and need help with something.. it’s a ticket to just breaking the ice.”

While studying her Sound Design degree, Sophie really enjoyed her classwork, but she also expanded her social group, something that came in really handy after feeling very isolated at the start of her study journey.

“I have really enjoyed making friends with other students because when I started, I didn’t talk to anyone and I was really closed off. I was anxious and I didn’t really understand what was wrong with me.” Sophie said.

“I didn’t understand how to get help and I would just hide. Dropping out was part of that and I was embarrassed about what was wrong with me.”

“While I was trying to get better and manage it, I knew I needed to make friends, I needed to reach out which lead to me making more and more connections, and now I have a lovely group of people that I have met through my studies, not only in sound design but in the Creative Arts School. “

Despite all the challenges that Sophie faced, she didn’t give up at any stage. Sophie became the President of the Sound Club at Uni.

“It became less and less about trying to get a career and more about saying I did this, I finished this degree.”

“I’m aware of all of the challenges that I have faced, and I could sit down and explain them to other people, but within myself it was like, if you finish this, it’s going to be incredible, it will be an incredible feeling knowing all of the things I have been through, to be able to finish.”

Sophie will be graduating at the end of this year, and there will be a lot of people around her that are extremely proud of her for all her achievements so far.

When asked about what she is most proud of, Sophie stated that it was simply how much she has overcome to achieve what is the biggest thing she has done in her life so far.

“[I am most proud of] how much resilience I have developed through all the ups and downs, all the challenges through each year, being able to pick myself up time and time again and I just know that I can do anything. I completed this degree. Some people might not see it as huge, but they don’t know the story at the same time. But for me, I know I did it.”

The Charles Sturt Disability Services team supports students who have a mental health, medical or physical condition, sensory impairment or learning disability. If you have a temporary condition such as a fracture or pregnancy, you may also be eligible for support. Please visit the Disability Services page for more information. 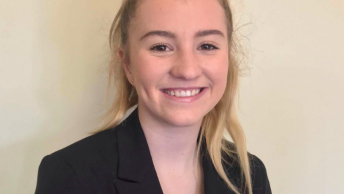