“Being on the SRC means that you become a friend or a support system for everyone”
Share:FacebookTwitter
CareersLifeStudy 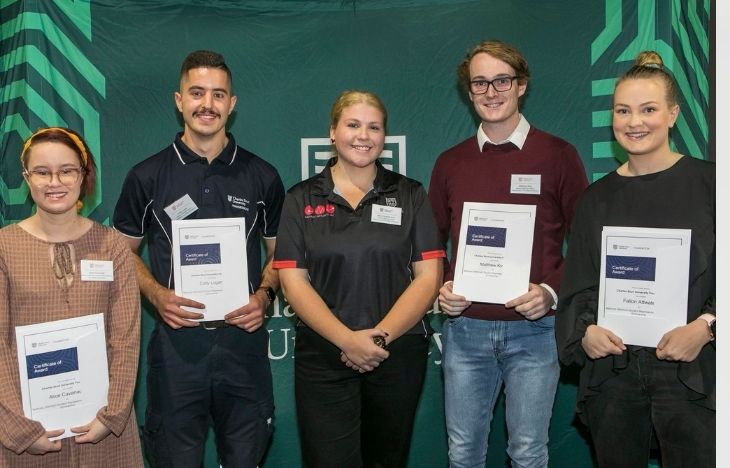 Lizzie Butt on her time in the Bathurst SRC

For Bathurst (Mitchell) Student Representative Committee President, Lizzie Butt, the last four years have been a big roller coaster. But in a matter of days, her term as President and indeed as a member of the SRC will come to an end.

Having been on the Bathurst campus since 2017, Lizzie is currently undertaking her Masters of Ethics and Legal Studies after successfully graduating last year with a Bachelor of Criminal Justice.

There is a lot that goes into being on an SRC as the newbies that have been elected at the end of August will look forward to experiencing. Lizzie says there is a diverse range of ways that the SRC can help students on campus, off campus and online.

“It has been a roller coaster. I think of all of the roles I have had on the committee, and then I think of the team as a whole. What we have done has been quite diverse. You advocate, you prepare, you plan things, then you have to host events and make sure that everyone is okay both on campus and off campus,” Lizzie said.

“You could be planning all these events, say at Rafters (on-campus bar), big party type events, and then the next day you’ll be fundraising, or you’ll be putting out study snacks in the library because everyone’s stressed. You’ve got a whole spectrum of wellbeing to cover. And I think, you know, you kind of have to adapt to what people need.”

Joining an SRC is a big step for anyone. It’s a great opportunity for students to represent their peers and also to learn, develop and push yourself for further goals that you want to achieve. For Lizzie, she nominated herself because back in 2017 it sounded like an awesome opportunity, and four years later, she is leaving as the President of the entire gang.

“Even long before uni I’ve always been involved in some sort of representative council or leadership position throughout high school, in the RFS or in sporting teams. I’ve always had some role in looking after people, I suppose.

“Then when the opportunity presented itself at the uni, myself and a few other friends I was living with on campus thought it’d be really fun to nominate and to be involved a bit more. We really loved what uni had to offer and we really wanted to fully immerse ourselves and experience uni from either side. Like, we experienced all this fun stuff and all these great opportunities, let’s help create more opportunities.

“In a way, I don’t know if I’ve fully achieved all the goals I set. I suppose I have. It is a bit hard to gauge. I didn’t think I’d end up being President. It wasn’t really an aspiration I had but the opportunity presented itself and I had a great support system around me. A lot of people told me I should go for President. I did and I’ve loved it. And then with this past year, it has been really difficult with COVID. There’s been a lot more setbacks but you just push through.”

After two two-year terms on the Bathurst SRC, a lot of changes have happened on campus and at the uni as a whole, and then of course came COVID, which threw everyone for a loop. Within those years, Lizzie said that there have been many achievements made by her and everyone on the Bathurst SRC.

“The establishment of the Wellbeing and Equity Officer, I think that was a really huge step. I think we had the best person for the position too. Tim (Lawrence) is really great in advocating for people that often could get left behind with support services in this university. He’s a very strong-willed man and he is a great representative. He’s been able to take his own personal experiences and really put it in a role where it benefits others. I think having that was really fantastic because it then paves the way for future representatives in that role or any other roles that we need to have with the changing times and everything.

“We managed to open up a whole new SRC space, a place where people can come in and have a chat when everything was changing. Having it in the newly renovated Rafters building was good because it is heavily used and therefore a lot of people have come in and had chat and had a debrief and whatnot. I think it’s really great for them to just pop in, and know that they have someone to talk to when they need to.

“With COVID, it has just been really tricky. We have tried to achieve a lot and we’ve definitely had to adapt and explore new avenues. I often go to the Online SRC social media to find inspiration or any assistance because it was never my area of expertise. You know, from living on campus and staying on campus for five years, I knew what the campus needed or wanted, and what those students particularly wanted. So having to shift online to suit everything else has been quite a challenge.”

After spending the last four years in this role, Lizzie knows what is needed in order for the SRC and its members to continue at the best it can be.

“I just don’t want the team to lose focus on why we’re here. You know, it’s a very selfless role. It has to be a selfless role advocating for the students because I know we both have felt more than once neglected or forgotten about by the uni or an institution. I don’t want people to go into a role like this and think that it’s just going to be great for a resume.

“It extends far more than that. You have to help people who are vulnerable, who have left home, who needed help adjusting to a brand new university experience. Being on the SRC means that you become a friend or a support system for everyone, so you can’t be in it just for yourself. You need to be there for everybody.

Now that Lizzie’s time on the SRC is finished, she is focusing on the future.

“I have so many things I want to do. I aim to finish my Master’s in the middle of next year. I want to continue in a role in helping people as I feel that it comes quite naturally for me. I don’t have a complete answer for what’s next, you know, I have so many avenues that I’m not set on yet. And I think I’m quite excited by the fact that I’m not too sure. It’ll be the first time in my life that I’m kind of just seeing what happens.

“I think if an opportunity presents itself, I’ll take it and if it doesn’t, I’ll make one. I feel like we can’t do anything else at the moment. So I’m excited to see what the future holds.” 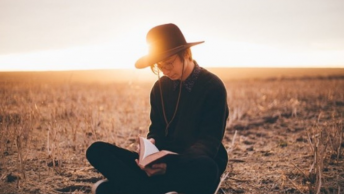 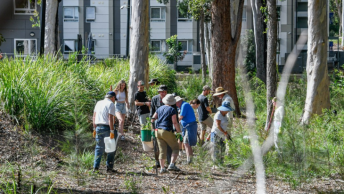