Hit the slopes with Team CSU 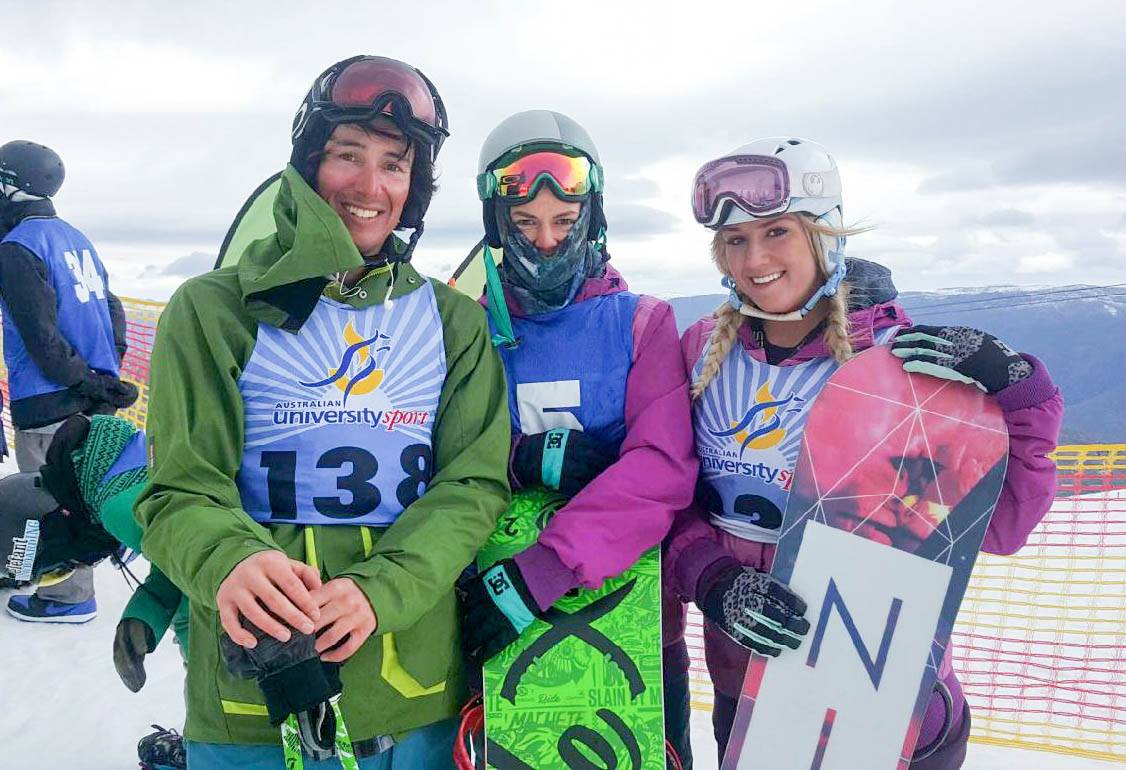 Team CSU are on their way to Mt Buller for the UniSport Nationals Snow! 19 students will (hopefully) be skiing, boarding, shredding and turning their way to gold medal success from Tuesday 28 August to Saturday 1 September.

Here’s a rundown on all the action you can expect to see this week:

Slalom: Slalom requires competitors to zig-zag between gates or poles with short and tight turns. This speed event records the fastest of the competitors two runs.

Giant Slalom – Alpine and Snowboard: Giant Slalom has the same basis as slalom, but has fewer gates and is a longer course. Competitors have two runs and their fastest is recorded.

Rail Jam – Freestyle and Snowboard: Rails requires competitors to specialise in the one obstacle; rails. It takes balance and skill to perform tricks on various rails along the course, mixed in with jumps and boxes. Points are scored for originality and quality of the run.

Slopestyle – Alpine and Snowboard: Slopestyle is a freestyle event that involves a range of obstacles including rails, jumps and other terrain park features. Competitors are scored on their originality, amplitude and quality of their tricks.

Boardercross – Snowboard: Boardercross, similar to skier cross, has competitors race down a narrow course with tight turns, jumps, rollers, drops and flat sections. It is designed to challenge a rider’s ability to stay in control while keeping maximum speed.

Super G – Alpine and Snowboard: Super G is the longest of the alpine racing events and has the same basis as slalom and giant slalom. Competitors have one run down the course, keeping speed while turning through gates.

Take three easy steps to stay up-to-date with what’s happening at the slopes: