My experience at the 2017 Student Leadership Conference – Dubbo 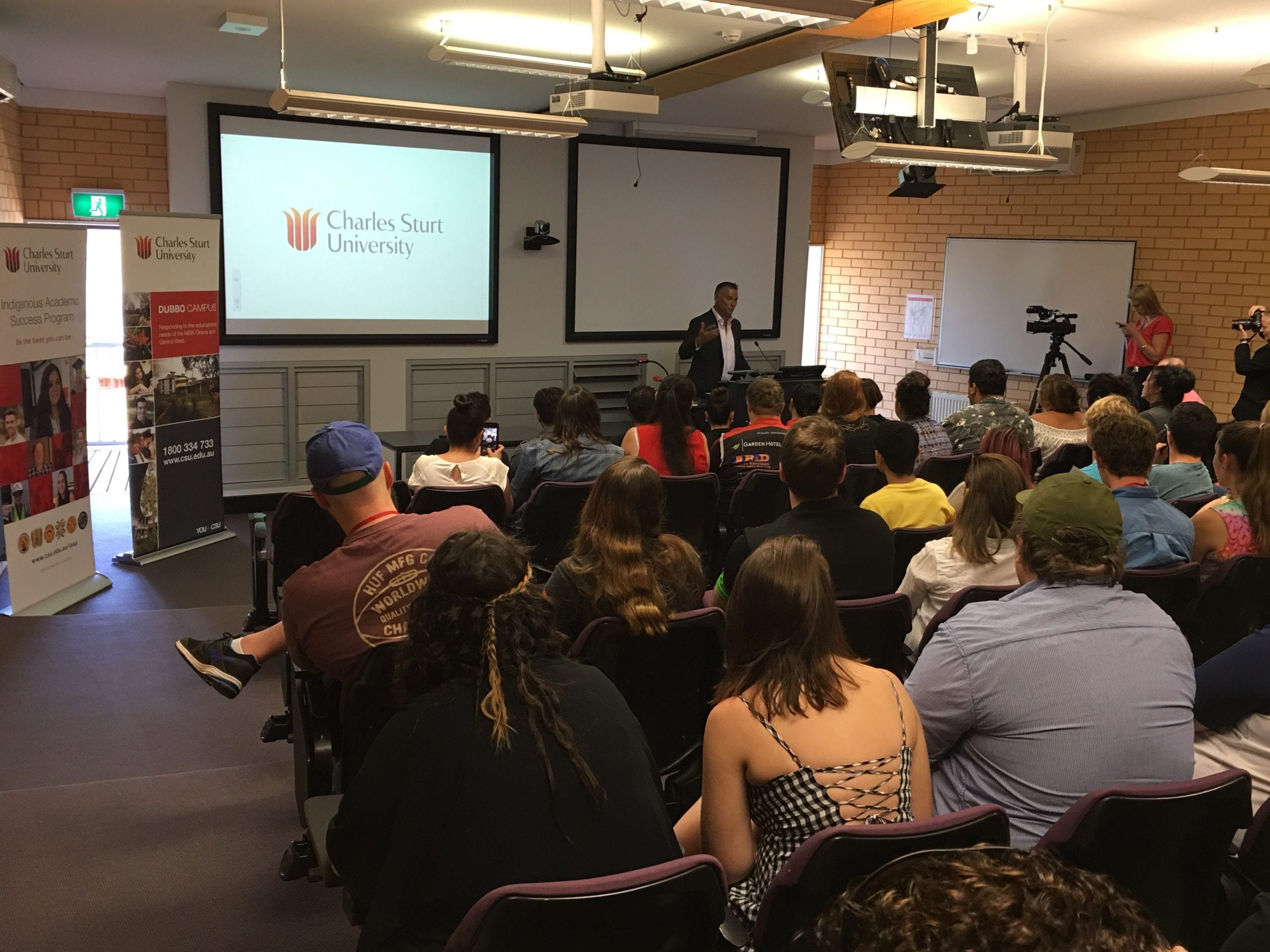 Doug Henderson and myself are representatives on the Online Study Student Representative Committee (OS SRC). I was to meet Doug at Sydney Airport, and after a hairy Uber ride, I eventually ended up at the airport with five minutes to spare. The bumpy trip gave Doug and I the opportunity to discuss what we wanted to achieve from the next few days of the conference. Understanding online student issues, raising awareness of the OS SRC and understanding what other SRCs were doing were some of the points for exploration.

Arriving at Dubbo Campus we were met by 50 or so student representatives from all campuses across the state. An introductory scavenger hunt allowed us to meet other students and discuss the CSU values:

During the scavenger hunt we had the good fortune of being grouped with other online students from various regional areas, studying myriad different areas. After a night of networking in the Recreation Hall, we were welcomed by the excellent organiser of the conference, Kerry Silverson.

We were organised into two groups. We then proceeded to the first workshop, which was presentation skills using comedy as a medium. The presenters were the Nelson Twins, who asked all of us to participate in various activities, writing down intimate memories and thoughts of others. The workshop culminated with each person conducting a two-minute stand-up piece in front of the whole group. I was in tears as each person in my group discovered their inner comedian and gave a fantastic performance.

The other workshops introduced us to the work of headspace, teamwork and how to handle difficult conversations. Dr Stan Grant was the keynote speaker and spoke about identity politics and his experiences as a “cosmopolitan” traveller. Stan talked about a theory from David Goodhart describing his theory of people from somewhere and anywhere. Stan explained he wanted students to travel more and be people from “somewhere” who can relate to people from “anywhere”. Stan had the room riveted for the complete hour, with many questions flowing through question time.

Doug and I left early for the airport, so we did not see the closing address, although we did have the fortune of sharing the plane with Stan on the way back to Sydney.

After speaking with as many student leaders as possible, I can say CSU students are being looked after by some very bright and dedicated student representatives.

A big thanks to Kerry and the team for organising a successful conference.