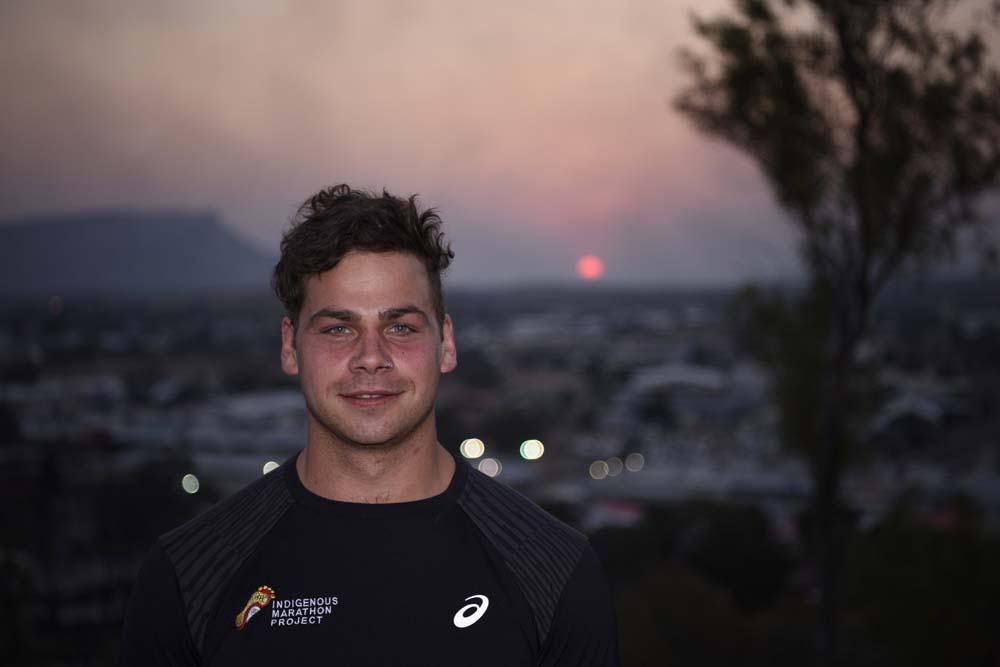 CSU student Zane Sparke has his sights set on the New York City Marathon after his success in a 30km desert run in Central Australia.

Zane recently finished the Alice Springs run as a member of the Indigenous Marathon Project, qualifying him for the New York event on 11 November.

After taking up running at the start of thisi year, Zane led the 12-member squad across the finish line at Alice Springs in a time of 2:18:16.

A Worimi man from Foster on the NSW Mid North Coast, Zane is also completing his first year of the Bachelor of Applied Science (Outdoor Recreation and Ecotourism) at CSU in Port Macquarie.

Describing the desert run as the hardest thing he has ever done, Zane said, “I’m so proud of everything that I’ve done to get to this point. It was amazing.”

The CSU student has welcomed the fact the entire 12-member squad has qualified for the New York City Marathon.

“It’s just awesome to do it with everyone,” Zane said.

Following the run in Alice Springs Zane kicked his toe playing football. After seeing the physiotherapist, he was told he’d sprained ligaments in his toe and sustained bruises to his bones.

“I haven’t run since Alice Springs but won’t let this hold me back,” Zane said.

“I’ve been keeping my legs moving by riding a stationary bike and hope my toe will be right for the New York Marathon. Regardless, I’ll keep running until I can no longer bear any weight on it.

“I’ve never been overseas before, so I can’t wait to go over to the US, give it my best and experience it all,” Zane said.