Ten podcasts to listen to over summer
Share:FacebookTwitter
Life

Ten podcasts to listen to over summer 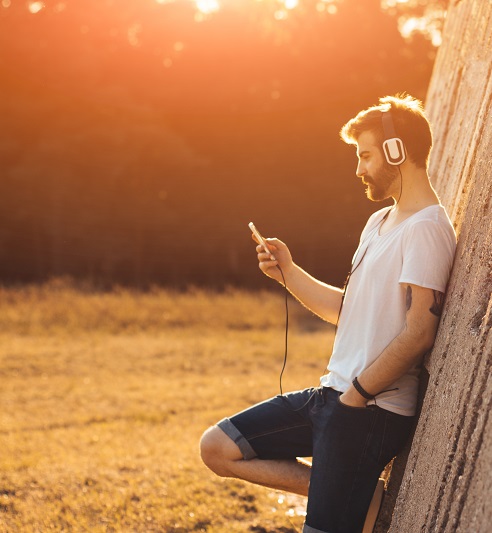 This ABC Radio podcast plays out like a Hollywood thriller, as broadcaster Ollie Wards tracks down a con woman who left his brother broken-hearted and threw his family’s life into chaos. There are many heart-stopping moments as Wards travels across three continents to track her down.

ABC journalists Leigh Sales and Annabel Crabb have been recording their conversations about their favourite books, movies, shows, and recipes for six years. It’s like having a conversation with friends, complete with bouts of “cry-laughing”. They often give behind-the-scenes insights into their high-profile interviews and projects, including Sales’ life-changing interview with Sir Paul McCartney.

Gold medal-winning wheelchair racer (and Charles Sturt grad) Kurt Fearnley hosts a series of interviews about what it means to be Australian. It includes lots of conversations with sporting greats, like Adam Goodes, Alicia Quirk, and Craig Johnston.

David Tennant Does a Podcast With…

Best known for playing Dr Who, Scottish actor David Tennant has also perfected the art of the interview. Tennant has recorded two seasons of interviews with actors, artists and performers, including Tim Minchin, Tina Fey and Olivia Colman. This podcast is packed with interesting tales from some of the world’s most clever people.

This is a great podcast for parents and kids to listen to together. Little Yarns explores language, culture and stories across Australia’s Aboriginal and Torres Strait nations. Each episode teaches a new word in a different indigenous language through the voices of young and old across our nation. It’s captivating listening.

Each week, a guest is asked which eight songs they would choose if they were castaway to a desert island. The result is often revealing and emotional interviews, backed by a killer soundtrack. This BBC Radio 4 program has been on the air since 1942, and the entire archive is online. That means you can listen to interviews with everyone from Princess Margaret, to David Attenborough, to Radiohead’s Thom Yorke.

Do you ever feel like you’re less than perfect? Well, even people like musician Missy Higgins, AFL player Jack Watts, and television host Georgie Gardner feel the same way. This is a great interview podcast with well-known people in a range of different fields, who reveal their struggles on the road to success.

The 7am podcast, produced by the publisher of The Monthly magazine and The Saturday Paper, is a great way to get a quick and compelling news fix every morning. Its bite-sized episodes, hosted by journalist Ruby Jones, reveal fresh angles on the news of the day. You can find episodes on everything from politics, the environment, health, and even a weekend quiz.

This podcast is not for the faint-hearted. Season One follows the real-life story of a woman in southern California who falls in love with a doctor named John. Sounds great, but he’s not all that he seems, and his mysterious background is revealed over the course of six thrilling episodes. It’s a podcast that makes those long summer car trips go by in a flash. Both series of this podcast have also been turned into Netflix dramas.

Each week, an actor reads their favourite story from The New York Times’ famous contributor column Modern Love. There’s stories of love through the pandemic, a dying wife’s dating profile for her husband’s future partner, and even love letters to pets. It’s funny, uplifting, and thought-provoking.