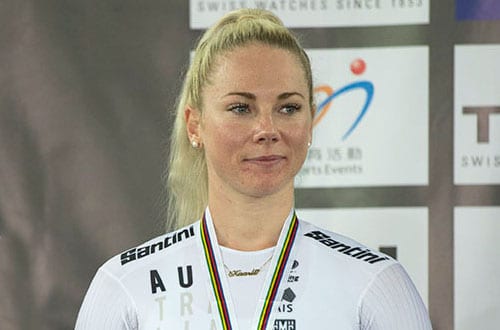 CSU elite athlete and track cyclist Kaarle McCulloch has landed a gold medal in the first day of competition at the Commonwealth Games on the Gold Coast.

Kaarle and her teammate, Stephanie Morton, took out top spot in the Women’s Team Sprint at the velodrome on Thursday night.

Kaarle backed up that impressive performance with a bronze medal in the individual sprint event on Friday night, with Australian teammate Stephanie Morton (gold) and New Zealand’s Natasha Hansen (silver) joining her on the podium.

Kaarle still has more events to go, competing in a total of four track cycling events during the Commonwealth Games – the team sprint in which she won gold on Thursday, the individual sprint where she claimed bronze, and still the 500-metre time trial and the women’s keirin.

CSU has a number of athletes competing at the Gold Coast during the Commonwealth Games. Along with Kaarle, who is completing her Bachelor of Education (Health and Physical Education), keep an eye out for road cyclist Sarah Roy and hockey player Karri McMahon, who are both currently studying with CSU.

In addition, CSU alumni Alicia Quirk will take to the field in the Rugby 7s and Kurt Fearnley will be out on the athletics track.

For more information about CSU’s athletes at the Commonwealth Games, head to our athletes website. 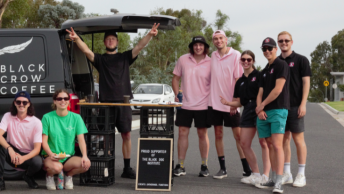