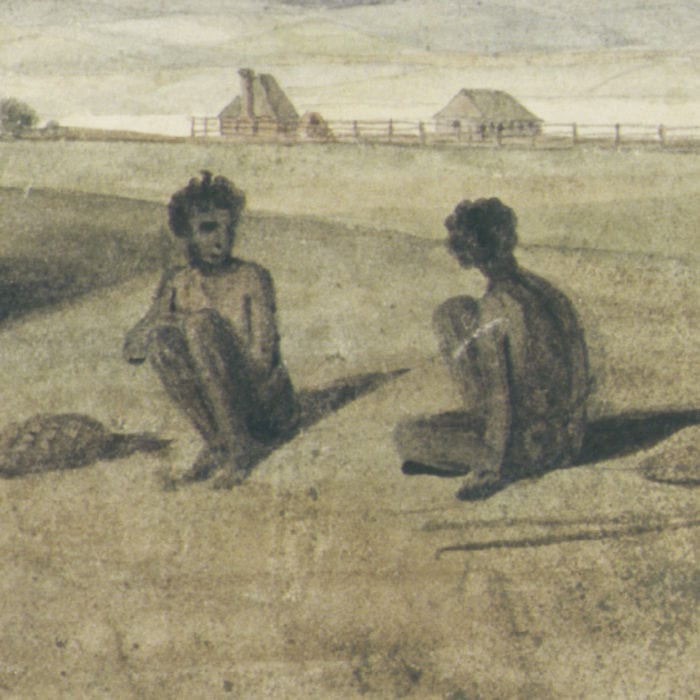 “We – Australians black and white – meet each other across the gulf of our history.” – Stan Grant, Talking to My Country.

Many people starting out may be taking the recently returned on campus version of IKC101, while others will  complete this subject at another point during their degree. Reflecting on this, perhaps it is time to learn more of the Indigenous Australian history of the land on which CSU in Bathurst sits in the shadow of Wahluu (Mount Panorama), that land of the Wiradjuri peoples. CSU also has  campuses on the lands of the Ngunawal, Gundungarra and Biripi nations.

These aren’t just words recited at events and on our subject outlines, but signs of respect.

On 26 January, marches were held in Australia’s major cities in protest of the celebration of the invasion of Australia by European settlers in 1788; an act that triggered the systemic oppression, enslavement and murder of Indigenous Australians for nearly 200 years (if we take the 1967 referendum as a conclusion, which we all know is not the case). Over the years, Australia’s history has been tampered with and the narrative carefully adjusted to a point where white oppression became those “brave, old pioneers”.

When we look at the history of Bathurst, the narrative becomes apparent. The Bathurst region website () describes Bathurst as Australia’s “…oldest inland settlement,” without mention of the Indigenous people who occupied this country for millennia prior to European colonisation.

Never is Mount Panorama referred to by the name Wahluu, though in 2015 the geographical names register adjusted the name to reflect both, in the same way that Ayers Rock became Ayers Rock / Uluru in 1993. These may seem like minor points, but when we take into account that under the “History” section of the website there is not a single mention of Indigenous Australians occupying the land we can see how the social awareness (or lack of) is formed.

We have many students at CSU who are from other regions of Australia, and indeed the world, but even many locals may never have heard of the Bathurst War, fought between the colonial infantry and the people of the Wiradjuri tribe led by Windradyne in 1824.

The kindly named “war” followed tensions regarding the colonial seizure of land, and killing of Wiradjuri people with poison laced bread in a manner more akin to the culling of feral animals. A quote from Governor Brisbane following the conflict reads, “…the aboriginal [sic] natives have learned to respect our power”.

This style of thinking continued into the 20th Century and its effects can still be felt to this day. In the years after the Bathurst War, massacres continued throughout the Wiradjuri nation and Australia as a whole. The scars can still be seen on signs such as Poisoned Waterhole Creek. Professor Lyndall Ryan, an historian with the University of Newcastle who created a map of all the known massacre sites, stated that they were “designed not to be discovered.” Social consciousness has proved the statement correct.

This is not meant as shame piece; and there is far more to the narrative than I can discuss in such a short space, but when you are sitting in IKC101, perhaps reflect on the forgotten history of the land on which you learn.