Making the cut in meat judging 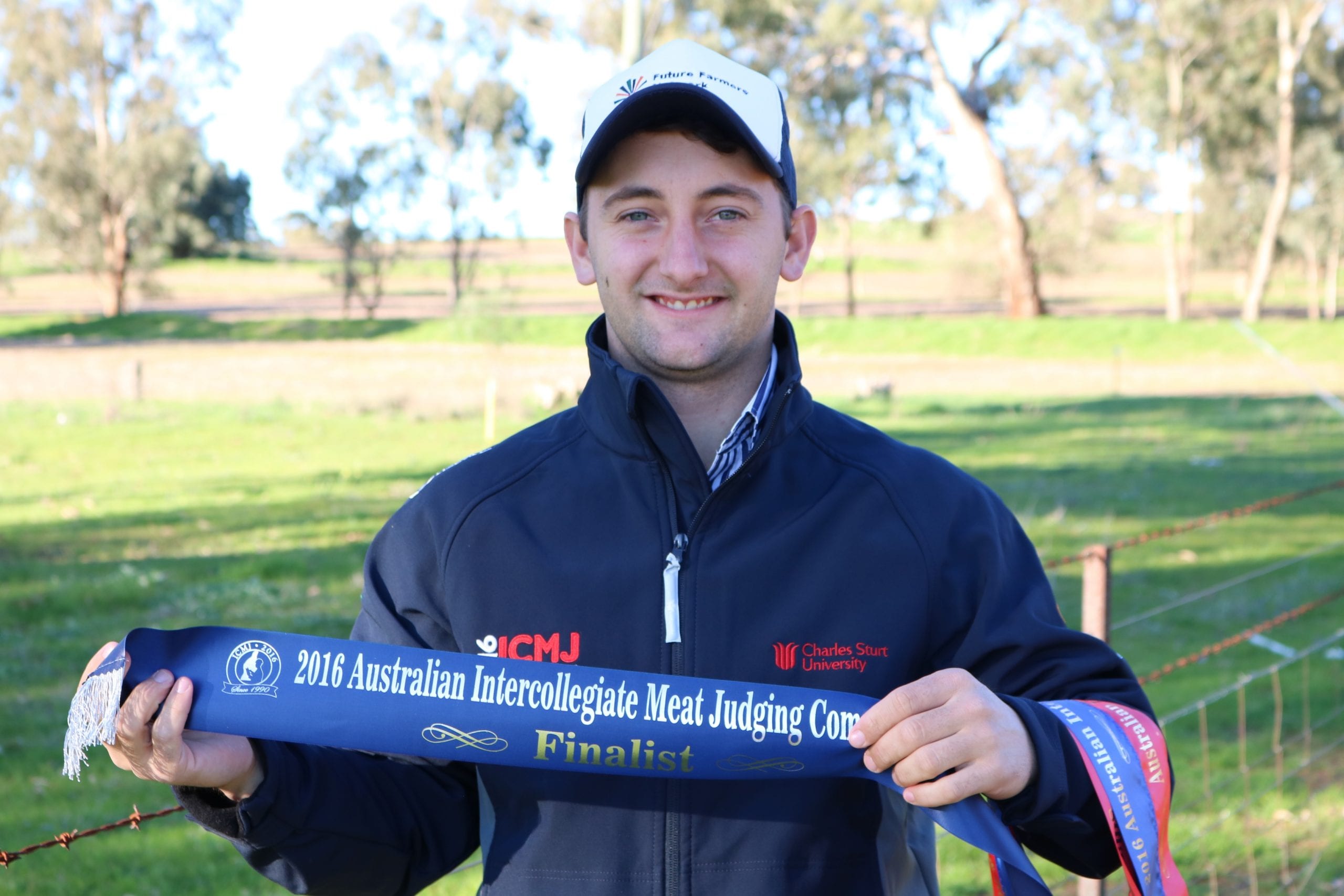 Working part-time in a local butchery as a teenager has given Bachelor of Agricultural Science student Macky Lawrence a better appreciation than most of what makes a good cut of meat.

This knowledge came to the fore at the recent Australian Intercollegiate Meat Judging Competition.

Macky was named in the national training squad and has the chance to be selected in the Australian team to tour the United States in January 2017.

“Hang on a minute,” I hear you say. “What in the heck is meat judging?”

The annual program is organised by the Intercollegiate Meat Judging Association to highlight the diverse range of careers in the meat industry.

This year more than 130 students from 10 Australian universities, along with teams from the United States, Japan, South Korea and Indonesia took part in the ICMJ competition held at CSU in Wagga Wagga.

This is based on the Meat Standards Australia (MSA) grading system, which is used in the industry.

Macky was one of the top-scoring students and earned a place in the national industry training and education workshop in Brisbane later this year.

“A big thank you to my coaches who got up at ridiculous hours of the morning for training sessions in the lecture rooms or at the abattoir,” he said. “I highly recommend the competition for people in future years.”

“I met so many different people taking part in the competition, including other university students who are studying similar degrees, along with industry professionals that will provide great links and networks in the years to come.”

Macky says it might sound like an unusual extra-curricular activity but meat judging is a great way to learn more about an industry he’s passionate about.

“Living on a family-owned beef cattle property in the Macleay Valley near Kempsey I wanted to know more about what happens to our cattle from paddock to plate,” he said.

“Taking part in this program has shown me the end result we should be aiming for to meet consumer demand.”

“It’s also shown me what we as producers can do to help processors deliver what consumers want, that is, a consistent premium product.”

CSU fielded a 15-member team made up of students from CSU’s School of Animal and Veterinary Sciences and School of Agricultural and Wine Sciences, who trained for three months leading up to the competition.

CSU Bachelor of Agricultural Business Management student Kate Sandford has also been selected by the coaches to attend the national training camp in Brisbane later this year.

The CSU team is sponsored by Rennylea Angus, CRT, Yavenvale Herefords, Irelands Angus and the University