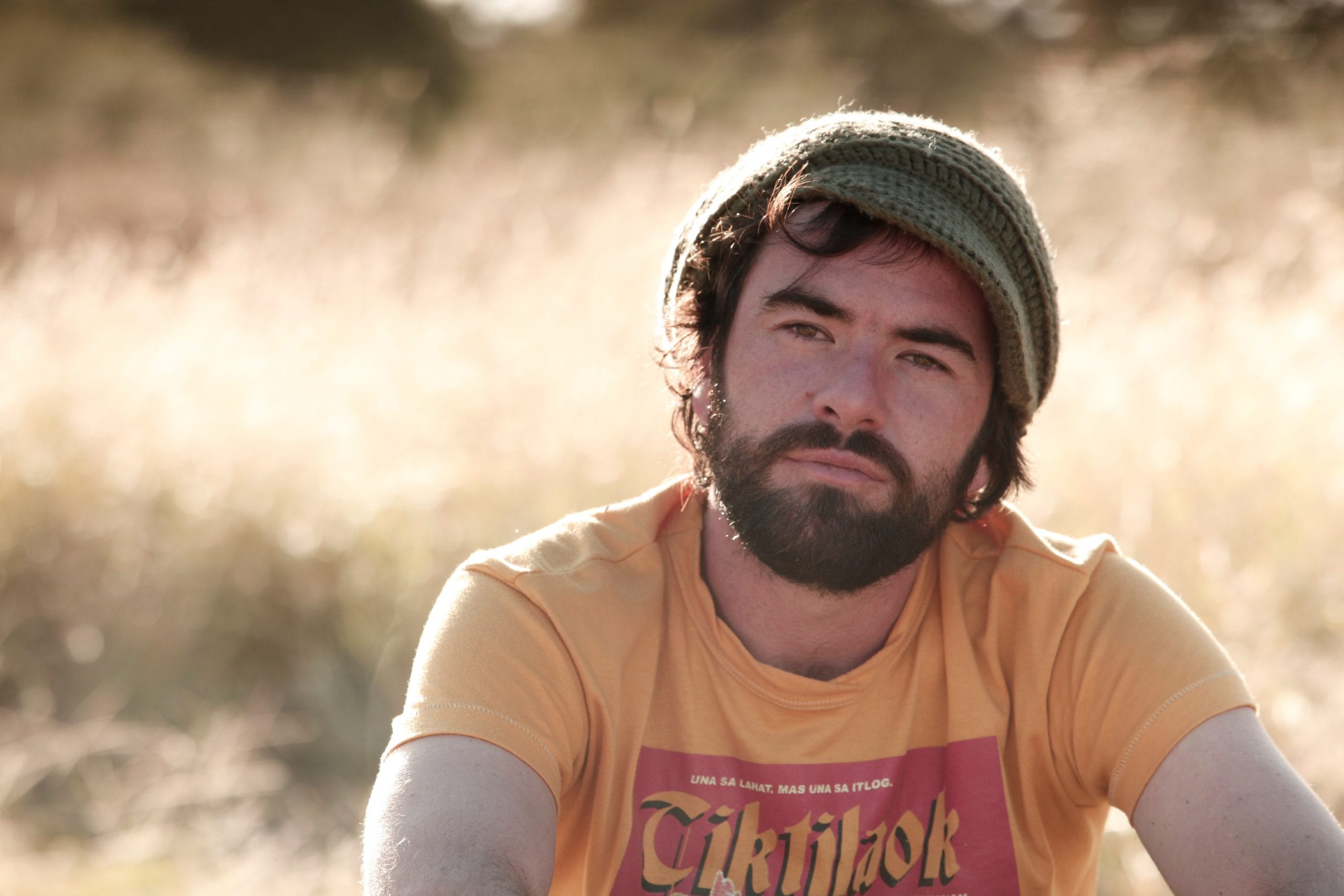 “We started Desert Pea Media in 2002, before graduating from CSU in Bathurst in 2004. It was originally set up as an organisation to support a communications course called Online Media Production. Desert Pea Media has been running now for 15 years.”

Desert Pea Media is a not-for-profit organisation all about “creating social change through collaborative storytelling. We work in predominantly remote and regional Indigenous communities. The objective is to use the process of telling stories to create a conversation around change. We work with elders, young people, schools and service providers to facilitate a conversation around what’s happening in these communities and how they will get from where they are to where they want to be,” Toby said. 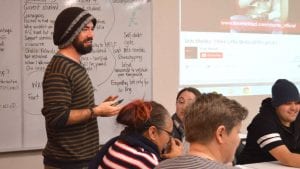 “We’ll spend a week or two in a community and go through the dialogue process, write a song generally and then shoot a music video, so the outcome is a really high-end media piece that can become a cultural artefact around celebrating culture and community while also talking about positive change.”

“Our process is mostly about creating a space for a community to tell their own story. It’s about giving communities and young people a voice in a broader context. It’s telling the truth about Indigenous communities being treated very shamefully and brutally in the past 200 years. There’s a trickle-down effect from that trauma that impacts young people in communities across Australia today and one of our biggest goals is articulating that at the same time as creating a mantra of positivity and creating a popular culture that’s informed and healthy for Indigenous young people.”

The difference Desert Pea Media and Mr Finlayson is making to individuals, communities and culture as a whole is multi-faceted.

“For young people in remote Indigenous communities, the systems that we have in place as a society, often set them up to fail through education, employment, and health services. You can see it in the rates of youth suicide, life expectancy and rates of incarceration in young people, there’s a pretty serious failure from our society in terms of Indigenous people. What we hope to achieve is to re-engage those people with basic services. We focus on things like high school attendance and retention, raising awareness of things like mental health issues, signs of depression and suicide and educating people on what to look for in the communities and their families.”

“Communities and especially Indigenous young people find video is a very powerful medium and language they can definitely respond to, where they might not respond as well to a large amount of reading, they can respond well to seeing themselves on camera and music, dance and things that have been part of their culture for hundreds of thousands of years. I guess I picked up the camera because that’s the genre that our participants were most interested in.”

This Foundation Day we’re celebrating the work CSU students, staff and alumni are doing in their communities, and how they’re living well in a world worth living in.