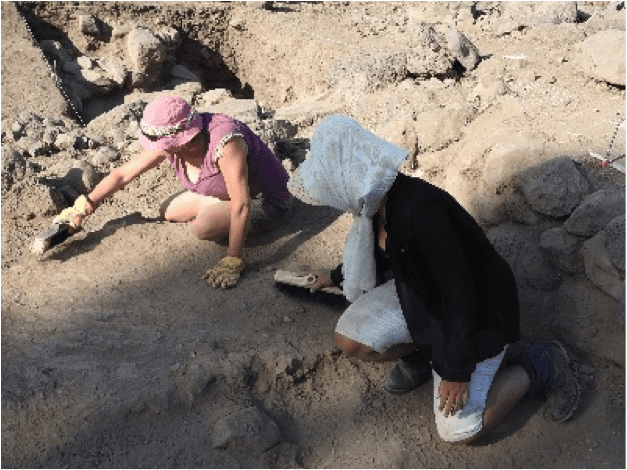 Digging up the past – whether that be playing spin the bottle in year six or last weekends antics at the Unibar – is usually something us university students avoid doing. However for several theology students and staff at CSU, three weeks in Israel had them doing just that.

With the support of CSU Global, students were given the opportunity to assist on the Bathsaida Excavations Project located on the north shore of the Sea of Galilee, gaining hands-on experience in field archaeology. The study tour was led by Dr Gregory Jenks, a senior lecturer in the CSU School of Theology and one of the co-directors for the Bethsaida excavations. Running with great success since 2010, the project also allowed students to engage with people from the local Jewish and Palestinian communities, and work alongside volunteers from several other participating universities, building spiritual and self-awareness.

The international experience took place in June – July of 2015, with three nights spent in Nazareth, four nights in Jerusalem, and two week spent at the Bathsaida dig in-between. This session’s dig saw two exciting discoveries – an ancient coin, and a first-century digging site, being worked on since 2012. Finding the coin was a significant experience as Dr Jenks observed “…as it sits in their own hand they wonder about the other people from the past whose hands once held that same coin.” Uncovering these and other treasures deepened students theological and biblical understandings, whilst allowing time for personal reflection and spiritual growth, with many finding their involvement to be transformative.

Dr Jenks said that many students plan to return to Bethsaida for a repeat program as soon as they can, and some from previous expeditions already have. Gold Coast resident Ms Pauline Harley said the Bethsaida dig left her wanting to return to answer the questions left behind. “It’s very exciting finding a piece of pottery from the first century, or even older,” she said. “The tour brought the scriptural stories alive and gave me a better understanding of geographical locations and the challenges faced by the people who lived these stories.”

CSU Global study tours such as this enrich the participants, motivate their continued study, and contribute to their professional development. “For theology students, the opportunity to explore the physical context of the Bible changes how they study,” Dr Jenks said. “The engagement with local religious communities prepares them for future roles as community leaders.”

CSU is the largest provider of theological study in Australia, the ethos of the CSU School of Theology is ecumenical, and staff are drawn from a variety of Christian traditions.

“For every answer we unearth there are so many more questions” – Ms Cathy Ridd. 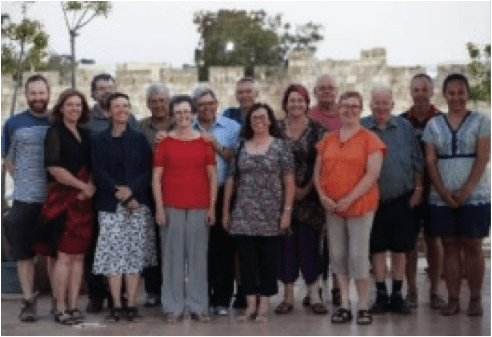